Once the delegation sent to the Western Empire returned, the case of Grand Duke Lilteang was officially made public.

Everyone began to talk about it.

There were those who had suspicions like Sovieshu, but concluded that it would be better to keep their mouths shut.

There were others who were indignant that the Western Empire would arbitrarily imprison Grand Duke Lilteang.

Finally, the day of the paternity test arrived.

That same day it became known that Viscount and Viscountess Isqua had left the Western Empire amidst the commotion caused by the case of Grand Duke Lilteang.

That was the justification they gave. Many found it suspicious, but the couple had already disappeared.

Besides, the most important matter now was to know whether the princess was the Emperor’s daughter. Whether Empress Rashta was the daughter of a fallen noble family or of a commoner was not an urgent matter.

Moments before getting in the carriage to go to the temple, Rashta saw the princess after a long time.

The princess was in the arms of Viscountess Verdi, who had become her nanny.

‘Babies grow up so fast.’

Rashta noticed that the princess had grown a lot compared to the last time she saw her.

When Rashta called out to her, Viscountess Verdi did not look up and cautiously replied, “Yes.”

Even though Rashta was in a difficult situation, Viscountess Verdi was still afraid of her.

Rashta looked at her sharply and asked coldly,

“Do you also believe that the Princess is not the Emperor’s daughter?”

Viscountess Verdi didn’t understand the reason for Rashta’s question, but answered without hesitation,

“I do believe that Princess Glorym is the Emperor’s daughter.”

In fact, this was the answer that Viscountess Verdi was bound to give as the princess’ nanny.

She didn’t even mention that she wanted to hold the princess in her arms, she simply got in the carriage.

Viscountess Verdi frowned in discomfort, and got in a separate carriage.

Sovieshu’s change in attitude left a deep scar on Rashta. In contrast, Viscountess Verdi’s betrayal left her with an imperceptible scar.

Rashta herself didn’t even realize how much her betrayal had hurt.

What Rashta really wanted to ask Viscountess Verdi was why she saved her when the maid rushed at her with a chair to kill her.

Every time she remembered that Viscountess Verdi had saved her, she felt a mixture of anger and curiosity.

‘Why did she save me if she would betray me anyway?’

As the carriage started off, the rattle made her body shudder. Rashta closed her eyes and placed her hand on her belly like usual.

When the carriage finally arrived at the temple, Rashta stepped out and lifted her shoulders proudly. She was sure of the test result. She knew that Sovieshu and the nobles would use her past as a pretext to attack her later, but she would never admit it.

Once the paternity test issue was resolved, that would be the end if she didn’t admit to her past.

At most, she would be deposed, but she could not be severely punished without any proof.

As long as she wasn’t punished severely, she would be able to hold out somehow.

Rashta believed that if she held out for a few years, the princess could save her. Or perhaps Duke Elgy could come to her rescue, just as Emperor Heinley had rescued Navier.

Rashta looked up at a temple pillar with a frown.

‘Could it be because I just thought of him? How could Duke Elgy be here?’

Rashta saw a man who looked like Duke Elgy pass behind a pillar.

When Rashta stopped to stare, a knight called out to her in bewilderment.

Rashta walked to where she saw Duke Elgy.

However, Duke Elgy was not there. There was only a priest sweeping.

“Has no one passed this way?”

“No, I’ve been here sweeping alone.”

It may not have been Duke Elgy, but Rashta was sure she had seen a man pass this way. Although she found it strange, she turned around and thought.

‘Maybe the man I saw was this priest. Don’t his clothes flutter just like Duke Elgy’s? Besides, priests do not lie.’

“Your Majesty, you must hurry, the Emperor is waiting for you.” Said the knight coldly, as he believed that Rashta was delaying on purpose.

Rashta nodded, and headed to the place where the paternity test would be conducted.

Sovieshu and Viscountess Verdi, who had come in another carriage, were already there.

As soon as her eyes met Sovieshu’s, she remembered Navier’s painting in his bedroom. Rashta could not bear it and turned her gaze to the princess in the Viscountess’ arms.

The princess smiled sweetly at Rashta. When Rashta also smiled and waved at her, the princess laughed.

The baby seemed to recognize her mother. Rashta’s eyes filled with tears as she felt her heart break, but she bit her lip to hold back the tears.

Soon everyone who doubted the princess would have to shut their mouths and bury their heads in the ground.

She had been a crybaby before, but now she didn’t want to satisfy the nobles who longed to see her suffer.

At the test site stood a lectern-like structure with two plates placed on top of it. The priest directed the Emperor and the Empress to stand on either side.

Ironically, their positions were similar to when they sealed their wedding vows.

The priest in charge explained what they needed to do.

“Just drop some of your blood into this plate. I will hold the princess.”

One plate was already filled with a clear liquid, and the other was empty.

Sovieshu handed the princess to the priest, pricked the tip of his thumb with a dagger, and dropped his blood on the empty plate.

Rashta did not dare to prick a finger, so she extended her hand to Sovieshu.

On that hand, Rashta still had wounds from when she, herself, hit it against the floor.

Sovieshu hesitated for a moment, but quickly grabbed Rashta’s wrist, lightly pricked her thumb and made the blood drip onto his own.

As the blood of the two mixed, the priest poured some of the clear liquid from the other plate into the plate of blood. Then, he gently pricked the baby’s thumb with a special tool. The princess burst into tears as she felt a sharp pain.

As the blood flowed from the princess’s finger, Sovieshu frowned sadly.

The baby’s cry echoed terribly in the silent temple.

Everyone present held their breath as they watched the priest drop the blood from inside the special tool onto the plate.

When the blood of the three mixed with the special liquid, bubbles formed.

If the Princess was the daughter of the two, the mixed blood would clear up until it disappeared. If not, the viscous blood would remain.

After a while, the priest finally declared with a pale face,

“The Princess is not the daughter of Emperor Sovieshu!” 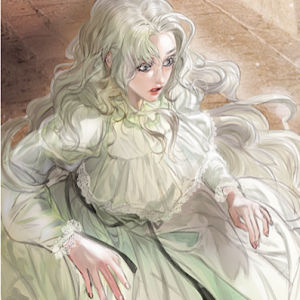 If you find any errors ( broken links, non-standard content, etc.. ), Please let us know < report chapter > so we can fix it as soon as possible.

5
Tip: You can use left, right, A and D keyboard keys to browse between chapters.
RECENTLY UPDATES

Ace of the Dragon Division

Chapter 1412. School Festival Day 2 / Good Job Sex (Outside and Inside)

Chapter 1972: Such Beauty Was Hard to Find

Reborn: The Godfather Has Fallen For Me

Login
Forgot password  Create an account
Register
Back to login
We use cookies to make sure you can have the best experience on our website. If you continue to use this site we assume that you will be happy with it. OK